In defence of Rio Ferdinand 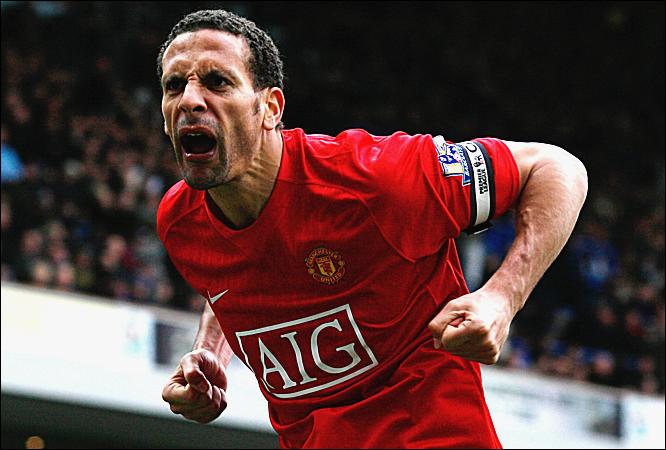 Still one of the best

I have long felt that Manchester United and Englandâ€™s thirty-year old Rio Ferdinand is one of the, if not the, best centre-backs in the world. In his youth he was a wonderful player capable of playing a central midfield role and had as much potential as any youngster of his generation. He also had a mistake in his locker in most of the games he played, which just held him back from being the best.

Over the years, Ferdinand has eliminated those errors and become the defender that he promised to be.

Recently, Ferdinand has been receiving a large amount of criticism. He made a horrendous mistake for United against Manchester City which very nearly cost his side two points, his hesitation and error for England against Ukraine led to Robert Green getting sent-off and eventually to England losing the game and Fernando Torres terrorized him and his partner Vidic and held him off with ease to score the first goal in Liverpoolâ€™s win a couple of weeks ago.

There were stories that Fabio Capello demanded an explanation from Ferdinand following the mistake in Ukraine and that Sir Alex Ferguson was losing patience with the player who turns thirty-one at the weekend.

Fabio Capello was quick to publicly support Ferdinand and now Sir Alex has also spoken publicly in his defence.

“We’ve always had that situation here where your star players have a blip and he’ll get criticised. No player likes criticism. We all like to be loved and want an arm around our shoulders. Rio will come out of it. There is no discernible depreciation in his qualities, none for me at all. Playing with injuries is not the easiest thing to do and we’ll try to get that right. Calf injuries can be troublesome. If you don’t arrest it and give it proper treatment then you can end up the way we are now, and playing in games when you are not 100% fit.”

Ferdinand misses the European game with CSKA and is also struggling to be fit for the visit to Chelsea at the weekend. Some have suggested that Ferguson would turn to Jonny Evans rather than play Ferdinand even if he is fit. That simply wouldnâ€™t happen.

Many people are suggesting that Ferdinand is past his best and that outside influences such as his move into film production are â€˜taking his eye off the ballâ€™.

There is no doubt that Ferdinand has been way below his best but it should be viewed alongside the fact that he missed the first month of the season with the calf injury that has clearly never fully healed. He has been playing alongside Nemanja Vidic who has also been woefully out of form and he has been playing in front of Ben Foster who had a run that would not inspire confidence in those in front of him.

In my opinion Ferdinand is still one of the best and he will bounce back to prove his critics wrong and go on to have a fine second half of the season and be an essential member of the England team in the world cup.

He is still a player who has everything you need in a central defender. He has come back from difficult situations before, some of them of his own making, and he will do so again. Write him off at your peril.

Jonny is the future. He’s younger and cuter!

Ferdinand has been there and done all of that, except for winning a major trophy for the international team. His experience during the World Cup will be vital if England will progress far in the tournament.

Besides Terry, Ferdinand, and Carragher (retired, I don’t see any other English defender at their level. Lescott to me is overrated and would not even fit in any of the top 4 line-up as starting central defender. Ledley King doesn’t do the job for me even though he has the physical presence of a good defender. After that, not many more at this level.