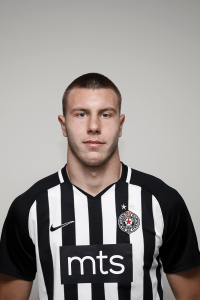 Juventus are still in the fight for the Champions League trophy, but the club’s hierarchy is obviously thinking about the future as well. According to Serbian media outlet MozzartSport, Juventus are very interested in signing Strahinja Pavlovic from Partizan Belgrade.

The Serbian club is not doing great this season in Superliga, but their 17-year old has made a breakthrough. Even though he only made five appearances in his senior career, the centre-back born in 2001 is on the list of Italian champions. MozzartSport claim the Old Lady is prepared to offer 5 million euros for the youngster, but the club might be tempted to try and get a bit more than that.

The article suggests Partizan would want 6 million euros and a 20% from the next transfer in order to let Pavlovic go. Pavlovic truly impressed with his maturity and he could be making a similar move to Matija Nastasic, who left Partizan for Fiorentina before making a senior appearance for the Belgrade-based club.