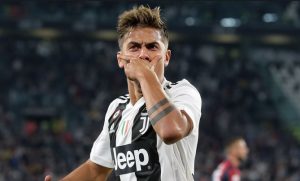 Juventus are out of the Champions League! The team that wanted to go all the way in the competition and the club that had spent €100m for Cristiano Ronaldo last summer failed heavily in their quest for the third Champions League trophy. They lost to Ajax in quarterfinals and now big changes are expected in the summer.

Several media already reported that Ronaldo wants many changes in the squad in order to make it better for the next season and according to Tuttosport, Paulo Dybala will be the number one selling target, as he could generate a lot of money necessary for an overhaul. The club expect to get at least €100m for the Argentine and selling him for such huge sums of money would make Juventus a force in the market.

Reportedly, some of their transfer targets for the summer are Liverpool’s Mohamed Salah and Inter’s Mauro Icardi.