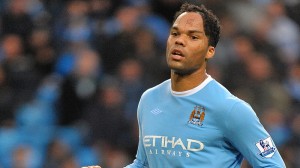 Joleon Lescott does not believe the stories Pep Guardiola could be moving to Juventus in the near future. There were initial stories about such possibility, but former Man City player is obviously not a fan of them. The 36-year old played at Man City for five years, leaving the club in 2014, two years before Guardiola arrived.

“I don’t believe Pep Guardiola will move on until he has dominated Europe with Manchester City,” Lescott told Sporting Bet this weekend.

“You could say it’s unfinished business as he bids to take their football to a global level. Pep has created so much success at Manchester City in such a short space of time and I believe there’s more success to come.
“Everyone associated with the club wants Guardiola at Manchester City and there would be a lot of disappointed fans, staff and players if he left.” Lescott added.

Still, Manchester City are not that far away from European success this season, as they are to play Tottenham in Champions League quarter-finals.