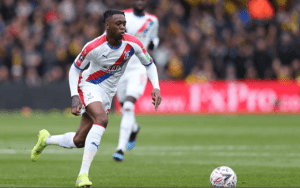 Ole Gunnar Solskjaer is not a caretaker manager anymore and after signing a long-term contract with Manchester United that is supposed to keep him at the club until June 2022, the Norwegian is expected to make big changes this summer.

Man United’s goal is to become title challengers again, something they have not truly been in Premier League since 2013 and their last league title. And to do that, they will need to strengthen in almost all areas of the pitch – right-back especially.

Daily Mirror claim Man United are ready to spend £35m on Aaron Wan-Bissaka. According to them, the Crystal Palace defender, who is having a truly memorable season, Man United really want to improve their situation at right-back, considering Ashley Young and Antonio Valencia are simply not good enough options. The 21-year old Englishman has developed into one of Premier League’s brightest young talents since becoming a first-team regular at Crystal Palace last year.