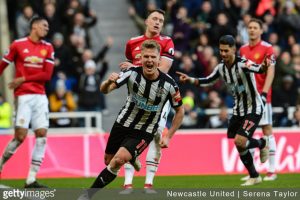 Newcastle United won a hugely important clash against Southampton on Saturday and now the Magpies are assured of another Premier League season. Matt Ritchie could part of it once again, but the rumours have started about his potential move away from the St James’ Park. The player himself thinks differently.

“There has been two or three windows where there has been speculation about my future,” Ritchie told Football Focus. “All I can say is that I’m enjoying my football here, I love the pressure the football club brings. Until someone tells me otherwise that my services are no longer required I’ll be giving everything that I possibly can.”

The main rumour was a swap between Newcastle and Bournemouth, where he would go to the Vitality Stadium, while Ryan Fraser would go in opposite direction, to the north. Ritchie is tied with Salomon Rondon for the team lead this season for assists, with five.