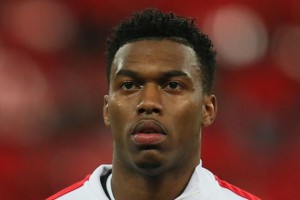 Daniel Sturridge’s future at Liverpool seems to be in doubt, after the striker was left out of the Reds starting line-up for last week’s game at Villarreal

Liverpool faces Villarreal in the Europa League semi-final second leg tonight at Anfield, as the Reds attempt to recover from a 1-0 defeat at El Madrigal in the first leg.

One player that should be a key player in a game like this is England international striker Daniel Sturridge.

Instead there are question marks over whether the striker will be selected for the crucial clash, with the Reds odds of 8/11 to record a win.

The former-Chelsea star was left out of the starting line-up for the first leg and named as a substitute. Liverpool boss Klopp even decided to put on Belgium international striker Christian Benteke ahead of Sturridge

However, it could be suggested that Klopp wanted more of a focal point in attack and the Belgian presents more of a physical presence.

Doubts over his future at the club

Sturridge has spent much of the last two seasons sidelined through injury and during the early part of his Liverpool tenure Klopp seemed to be frustrated by the England striker’s long absences from the squad due to injury.

He even suggested in a roundabout way that the striker needs to toughen-up and play through niggly injuries, so he is not sidelined for so long. Klopp is an experienced boss and is highly intelligent.

The German would have only taken to the media if he thought he could get a reaction from the striker. Sturridge has been available far more often in recent months, but that is probably due to the fact that his injuries have finally cleared-up, rather than the striker playing through niggly injuries.

Sturridge is arguably the most natural finisher at the club. However opinions seem divided amongst the fans over the forwards future with the club, as injury problems have hampered his Liverpool career.

Give the forward chances and he will score goals there is no doubt about it. The striker’s scoring record of eight goals in 12 Premier League appearances this season illustrates what he can do in front of goal.

The biggest issue with the striker is obviously those injury problems. There have also been question marks about his attitude throughout his career. At the start of his Reds career he seemed to be displaying a far better outlook than at previous clubs.

Some have accused the striker of being mentally weak and that is one of the reasons for the amount of time he has spent on the sidelines over the past two seasons. The striker started Liverpool’s 3-1 defeat at Swansea on Sunday, but struggled to make an impact and went straight down the tunnel at the end of game.

Doubts about his future with Liverpool

There has been speculation that Sturridge will look to leave in the summer if Klopp continues to leave him out of the Reds starting line-up. The striker has previously been linked with a move to West Ham, but I am not sure the Hammers can have two such injury-prone players in their squad, as they already have former-Reds striker Andy Carroll in their squad.

Signing the striker would be a gamble for any club, as he is unlikely to be cheap with Sturridge likely to command a big fee and big wages. However, it seems that Jurgen Klopp is unsure of whether he has a future at Anfield, so a move could be likely this summer.

The 26-year-old would have been hopeful of a place in England’s squad for Euro 2016 if fully-fit, but a lack of appearances in the remaining games of the campaign will definitely hamper the striker’s chances of making it to France with Roy Hodgson’s squad.

It seems that summer is likely to be a crossroads for Daniel Sturridge at Liverpool. Maybe it is time he moved on, as on form he has the potential to be a very good Premier League striker.

However he seems like a guy who needs the full faith of his boss and from the outside looking in Jurgen Klopp may never have total faith the striker’s ability to lead the Liverpool attack.