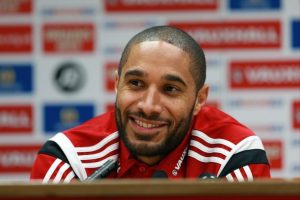 Ashley Williams could be making another move late in his career. Everton defender currently on loan at Stoke City could be going to Major League Soccer this summer, according to The Sun. They report that the Welsh centre-back is D.C. United’s latest transfer target. Last summer, D.C. United already made a transfer from Everton, when they signed Wayne Rooney as a Designated Player.

Williams is 34 and could be joining his former teammate this summer, as his contract with Everton will run out at the end of the season. The Toffees are not interested to offer him new deal and that means MLS clubs will be able to get former Swansea captain on a free transfer. New York City FC are reportedly another team in the line interested in the Welshman.

It will be interesting to see whether he will choose to stay in Championship at some other club or move to the United States.