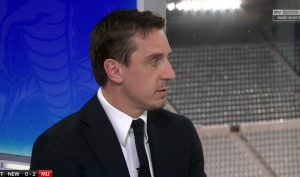 Manchester United’s season is all but over and that is thanks to a horrific form in the run-in of the season. A draw against relegated Huddersfield made it official – this Red Devils team will be playing Europa League next season. Former Man United full-back and now Sky Sports pundit Gary Neville spoke about the problems at the club and the need to make the right changes in personnel this summer.

“As a group of players, I don’t like them. I’ve never not liked a Manchester United team, I’ve always thought the team can win, the team can lose, the team can draw, but I really struggle with this team. The idea that United should be talking about winning the Champions League and the Premier League at this moment is nonsensical. Forget it”, Neville was adamant.