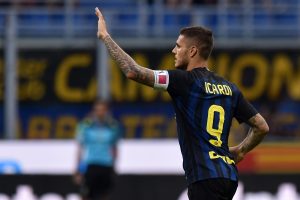 The Spanish media outlet claims Real Madrid are eager to sign the striker for a lower price than expected and capitalize on player’s current situation. Icardi’s dispute with Luciano Spalletti could see Icardi leave for less than what is his release clause. In his current contract, the clause sits at £94m, but it would be hard for Inter to truly get that sum from any club.

That is why Los Blancos would want to get him for around £68m and improve their attacking options with the 26-year old.