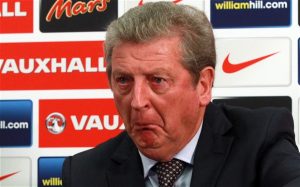 England went into Saturday night’s Euro 2016 opener with a hint of uncertainty, as boss Roy Hodgson decided to name a team that was untried in previous games.

The inclusion of two players in the starting line-up of Raheem Sterling and Adam Lallana was questionable, as well as the decision to play Wayne Rooney in central midfield.

In truth the Three Lions dominated the game and Russia offered very little attacking threat, so were highly fortunate to escape the game with a 1-1 draw.

A stoppage-time equaliser from Vasili Berezutski rescued Leonid Slutskiy’s side from defeat.

Last night’s attacking display from England was encouraging at times. The inter-play of the midfield players was relatively good against a Russia team who were not exactly great, although striker Harry Kane had a night to forget.

I have to admit I had a grown and moaned about Liverpool midfielder Adam Lallana being included in the starting line-up, but he did produce a decent performance, although the former-Southampton ace did miss a couple of good chances.

Sterling struggled to make an impact on the opposite wing. The City winger’s report card may say must do better after this game. Some have praised his performance. However, I think they were watching a different game.

Sterling has the ability to take players on and the pace to leave defenders for dead. On a number of occasions his touch let him down and his decision making also has to be questioned. His performance was not terrible, but he needs to be more productive with the ball.

Rooney’s selection in central midfield was not a disaster. The Manchester United star is an intelligent footballer and at times during the first half shone with his range of passing. Whether it is a position that he plays in the future is a question only Roy Hodgson can answer.

I have the feeling that England produced a decent display in spite of the team selection and not because of it. The lack of an appearance from Leicester striker Jamie Vardy against a Russia back four that helped put the pyramids up was a mystery.

While Spurs teammate Harry Kane struggled to make an impact up front (please somebody take him off the bloody set-piece duties), the likes of Kyle Walker, Danny Rose, Dele Alli and especially Eric Dier thrived for the Three Lions.

Dier scored England’s goal, showing Kane how to take a set-piece and was magnificent in front of the back four. The youngster plays the game with the maturity of a seasoned international player and criticism of him for Russia’s goal was harsh. He is fast becoming the first name on the team sheet.

Full-backs Kyle Walker and Danny Rose typified what modern full-backs should be, attacking and defending with equal measure. Considering that neither are experienced international players they put in good displays, admittedly against a weak Russia side.

Their defensive skills will be put more to the test in future games, but neither have let England down in their short Three Lions careers.

Dele Alli is such a vibrant footballer and wherever he plays seems to put in a decent display. His best role is as a number ten, driving in towards goal. He can score and create goals from the position. He did a job against Russia, but there is a feeling that there is more to come from the youngster, if used correctly of course.

England faces Wales in their next game on Thursday afternoon. It could be a defining game for both teams, with Roy Hodgson’s team odds of 8/13 to claim a victory.

Chris Coleman’s side produced an accomplished display against Slovakia to win 2-1 in their opening game and at times looked like a highly-organised and dangerous team. Coleman made the right tactical decisions and the Dragons won their opener.

His England counterpart Hodgson did not. The former-Liverpool boss is struggling to name a team with players in their best positions. He is putting round pegs in square holes and nearly got away with it against Russia.

However, Hodgson will have no room for error in his selection for the game against Wales, as Gareth Bale and co are a dangerous opponents. A poor result against the Welsh will leave England’s hopes of qualifying in major jeopardy.

England’s opening game performance was not awful and there were positives, but once again an England boss’s inability to make the right decisions may cost the Three Lions dearly at a major tournament.

Where Roy Hodgson’s decisions to blame for the draw against Russia?