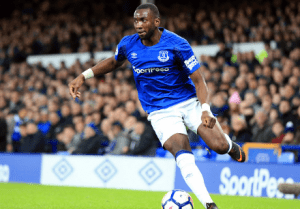 Everton are expected to move on from many players they have signed in the last three or four years and Yannick Bolasie is reportedly one of them. The Sun are reporting that Southampton and Newcastle are both interested in potentially signing the Frenchman this summer, as they need to freshen things up on the wing.

Bolasie, 29, spent the season at two loans. First, he was shipped out to Aston Villa, where he played 21 times in the Championship, but only nine times in starting XI. He scored two goals and assisted four before he moved on to Anderlecht in the second half of the campaign. He played just eight times in the finishing months of the season and now Saints and Magpies want to give him a chance.

Bolasie fell down the pecking order at Goodison Park and the Toffees are likely to demand around £7m for him. The Frenchman was also linked to a loan move to Crystal Palace.