Stars that could lift their teams at Euro 2016 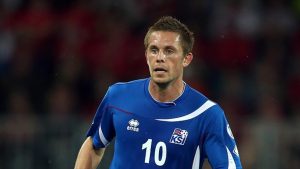 The expansion of the European Championships to 24 teams means that more unheralded teams than ever have qualified for this summer’s tournament.

Albania, Iceland, Wales and Slovakia will all make their European Championship debut in France.

Hosts France face Romania on Friday night at the Stade De France, as the tournament kicks-off.

The French and a number of big European countries may be spoilt for choice when it comes to star players, but some of the other nations at the tournament have fewer players to choose from and heavily depend on one star player.

Here are five of the star players who could be match-winners for some of the underdogs at Euro 2016:

Portugal may not be considered an underdog by most, but the frightening dearth of strikers means that the Real Madrid forward will be his countries central striker in France. The Portuguese scored just 11 goals in qualifying, with Ronaldo scoring of them.

The fact that all their victories came by a one goal margin suggests that they were less than convincing in making it to Euro 2016. However, in Ronaldo they possess one of the world’s best players. The 31-year-olds performances were criticised at times last season, but he still managed to score 51 club goals.

The bookmakers seem to believe that Ronaldo will continue in a similar vein at Euro 2016, as he is the favourite to win the golden boot at odds of 8/1.

In truth the supporting cast is not as good as its star, with the likes of Nani and Ricardo Quaresma skilful, but wildly inconsistent.

Sweden are not exactly known for producing attacking and exciting players, but in striker Zlatan Ibrahimovic they have a player who is regarded as one of the finest of his generation.

At 34-years-old he is in the twilight of his career, but the striker has just recorded the highest goal tally of any campaign in club football scoring an impressive 52 times. He also scored 11 times in qualification to help the Swedes make it through to France via a play-off win over Denmark.

Ibrahimovic’s presence in the Swedish team is vital, as the rest of the squad offers very little to get too excited by. Wide player Emil Forsberg also provides an attacking threat, but the Leipzig star is the closest thing Sweden have to another exciting attacking player.

The Napoli attacking midfielder has been a shining light for the Slovakian side for a while. That was the case in qualifying, as he scored five goals in qualification to help his side to their first ever European Championships as an independent nation.

Hamsik helped Napoli to finish as runners-up in Serie A last season, scoring eight times and producing 11 assists for the Azzurri. The 28-year-old plays in the free role behind the lone striker and will need to be at best his if his team is to have any hope of reaching the knockout stages of the competition.

Just like his Real Madrid team-mate Ronaldo, Bale is his country’s stand-out player. Bale was the Dragons inspiration for qualification for their first ever participation at the European Championship finals.

The 26-year-old scored seven of his country’s 11 goals in qualifying and many have called Wales a one-man team. Bale has been quick to talk-up his international colleagues, but in truth he is Wales main match-winner.

The forward heads into this tournament on the back of his best campaign at Real Madrid, having scored 11 goals and 19 assists for Los Blancos. Bale will be highly-confident of making a big impact on this tournament.

The Scandinavians were surprise qualifiers for the tournament, memorably defeating the Netherlands twice. The Swansea star was undoubtedly the star of the show for Lars Lagerback’s team, scoring six times and also producing an assist.

The 26-year-old also rediscovered his form for the Swans in the Premier League in the second half last season, finishing the campaign with 11 goals and three assists.

The Scandinavians qualification was built on a relatively solid defence, but Sigurdsson is the player that the smallest nation to ever take part at European Championships will look to for inspiration.

Which of the five players mentioned in the article will have the biggest impact at Euro 2016?