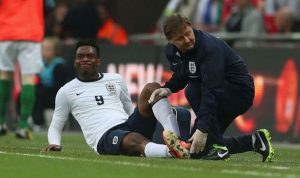 England defeated Australia 2-1 at the Stadium of Light on Friday night as the Three Lions prepare for Euro 2016.

The most eye-catching things about the display was the fact that 18-year-old Marcus Rashford took just three minutes to open his goal scoring account for his country.

The youngster also put in a decent all around display on his international debut and the calls will now increase for him to be on the plane to France with the rest of the England squad.

Rashford has enjoyed a meteoric rise from Manchester United reserve team to England squad in literally a few months. The youngster was hyped up to the hilt after his first two games in senior football yielded four goals.

I stated at the time that he must not be over-hyped and talked up as the next superstar. I even wrote an article about the dangers of young players being talked up too much by the British media.

My opinion has not changed about him being over-hyped, but forgetting about his age and judging him on merit the striker could just offer the squad something worthwhile. I doubt many fans will complain if he is selected for the 23-man squad.

Rashford’s display could be bad news for Sturridge

Sturridge has spent much of the last two seasons on the sidelines through injury. The Liverpool striker is basically competing against Rashford for a place in the Three Lions squad.

Reports suggest that Sturridge will be back in full training next week and he will be putting in extra training to prove to Roy Hodgson he is fit enough to go to the European Championships. It may be too late by then.

Sturridge on his day is one of England’s most natural finishers. When he has been fully-fit he has been prolific. The problem is he seems to be made of china. By contrast Rashford had to be substituted in the FA Cup final with a knee problem and still made the squad.

I believe most England fans would take a fully-fit Daniel Sturridge to France, but he looks like he is currently losing the battle against the enthusiastic Rashford.

Roy Hodgson has to name his official 23-man squad on Tuesday and cut two players from his provisional squad for the tournament. At the moment Sturridge is the favourite to miss out because of that injury problem.

Even before the striker had picked-up the injury there were doubts about his place in the squad simply because he could not be relied upon to stay fit. Hey presto he picks up an injury and cannot train.

Difficult decision for Hodgson to make

One factor in Sturridge’s favour is Hodgson is a big fan and has claimed that the striker’s calf injury will not be the deciding factor over whether the Liverpool star is in his 23-man squad for the tournament in France this summer.

However, surely it has to be in the back of the England boss’ mind that Sturridge could break down at any second and that would restrict his forward options at the Euros. The same would apply to Arsenal’s injury-prone midfielder Jack Wilshere.

Hodgson seems to have favourites amongst his squad and if they are fit they are likely to be in the squad. Both Sturridge and Wilshere seem to be amongst those favourites.

England kick-off their Euro 2016 campaign with a game against Russia on 11th June and they are 11/13 favourites to advance from Group B to the knockout stages.

However for Hodgson’s team to do that they need to head into the tournament with the right players and the veteran England boss now needs to seriously consider whether Daniel Sturridge is one of those players.

Should Daniel Sturridge be in England’s Euro 2016 squad?