Time for Belgium’s top stars to prove their quality 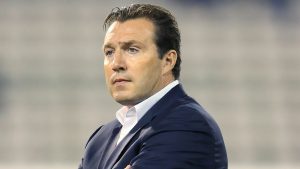 These are exciting times for fans of Belgium and their national football team. The Red Devils ‘Golden Generation’ have reached the quarter-finals of Euro 2016 and face surprise package Wales on Friday night.

This game will be a challenge for the group of Belgians arguably considered as the best the country has ever produced.

A highly-rated group of individuals

To say Belgium have a group of highly-rated individuals would be a major understatement. Their squad is so strong that the likes of Everton’s Kevin Mirallas and Tottenham’s Nacer Chadli were considered surplus to requirements, although both endured poor club campaigns last season.

In goal they have Chelsea ‘keeper Thibaut Courtois considered by some as one of the best goalkeepers in the world. At the back Tottenham duo of Toby Alderweireld and Jan Vertonghen, who was part of one of the most solid defensive units in the English top-flight last season.

Their central midfield partnership Alex Witsel and Radja Nainggolan have been linked with moves to some of the biggest clubs in Europe and some in England too.

Their attacking midfield options of Eden Hazard, Yannick Carrasco and Kevin De Bruyne would get into most sides at this tournament.

To top it off they have Everton striker Romelu Lukaku up front fresh from scoring 25 goals for the Toffees in all competitions, although he has experienced mixed fortunes so far in France to say the least.

Even without their injured captain Vincent Kompany, Belgium has looked like a team that could go all the way in France.

Doubts about the boss and team

Belgium may have a group of highly-rated players, but there have been serious doubts as the Red Devils as a team and also about the ability of boss Marc Wilmots qualities as a coach.

Wilmots is the countries record-ever scorer, but the players have at times struggled to come together as a team, despite the fact that they have such highly-rated players in the squad. The Belgium boss has however helped develop a number of the current team in his four year tenure.

The opening game 2-0 defeat against Italy in France was used as a stick to beat Wilmots with by some in the media, as the team produced a naïve performance against a much savvier tournament team in Italy.

Wilmots may have underestimated the Italians, but he will not be the first or last to do that, as the Azzurri have a history of performing when the chips are down.

The last few performances have been better, even if the results were not secured until late in games against Sweden and Hungary.

In truth Wilmots has a highly-difficult job trying to turn all the big egos in the Belgian squad into an effective unit. He has done a decent job and that is indicated by the fact that his charges are now ranked as the second best team in the world rankings.

Have all attributes to win the tournament

In those individual players Belgium have players that are highly-capable of shining bright at Euro 2016. Eden Hazard’s display against Hungary was like he had turned the clock back to 2015 when he won English Player of the Year. He terrified the Hungary defence, grabbed an assist and a goal, before being substituted.

The Red Devils are now sweating on his fitness because of a thigh injury and he is vital for Wilmots team’s chances of progression.

The Red Devils need Lukaku to be the Lukaku who terrorised defences in the first half of last season for Everton and not his twin brother who showed up for the last ten games of the campaign and couldn’t locate the goal with a SAT NAV.

The Belgian defence has looked pretty solid in the last three games, keeping clean sheets, but they will miss the suspended Thomas Vermaelen. The midfield is tough and combative and the forward players bright.

Belgium are odds of 4/1 to win Euro 2016, but for that to happen their golden generation need to step-up and produce the goods when it matters. If they do then those lingering doubts about them being able to play as a team will be blown away once and for all.