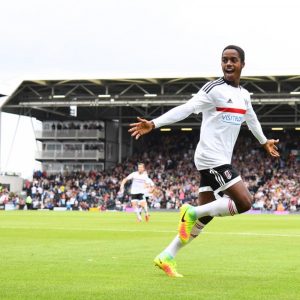 Tottenham Hotspur have been interested in Ryan Sessegnon for the past two years and it seems like that will be going for a little while longer. Spurs are still looking into the possibility of signing the English teenager from Fulham this summer.

According to The Sun, Tottenham are considering a deal for Fulham winger. The 18-year old might be part of a bidding war, as several clubs are interested in him, but Spurs will be hoping for a fee of around £25m. The North London based club will be in need of getting a cheaper deal here, as they have spent somewhere around £850m for their new stadium, due to open on 3 April.

Also, a good thing for Spurs could be that Fulham are expected to be eager to sell Sessegnon this summer, as they are heading towards relegation and a return to the Championship. Clubs will know that, with Spurs among them and Daniel Levy will be expected to do his thing once again.