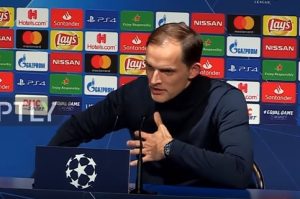 Paris Saint-Germain had a really tough Sunday night. Their match away at Lille was a terrible one, as French champions lost 5-1. In match where Thomas Meunier scored an own goal inside the first 10 minutes, Juan Bernat got a straight red card in first half and Meunier and Thiago Silva got injured in the first quarter of the match, conceding five goals was to make things even tougher.

However, Thomas Tuchel was defending his players after the match and spoke about what this team needs – new signings.

“Given the circumstances, we had a good game, I have to protect my players. With ten players, it became extra hard,” Tuchel said. “Win in Nantes? Do not think we’re going to win. We might go there with 13 players… Tonight’s match showcases everything we’ve done well this season. Paris lacks players. Yes, we’re missing Lass Diarra and Adrien Rabiot. Everyone sees that. And I will tell that to the president, yes. Nobody said anything before because we were winning. Now, everyone has to think.”