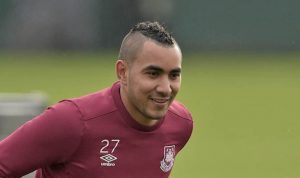 One of the most noticeable aspects of Euro 2016 has been the performance of France playmaker Dimitri Payet, who has scored twice and also produced an assist for Les Bleus. He has also been the home nation’s star player.

Last season in the Premier League he was also one of the standout performers for the Irons, as Slaven Bilic’s men finished seventh in the table.

His impressive displays have inevitable attracted the attention of more high-profile clubs, with the Daily Mirror reporting a few days ago that both Chelsea and Real Madrid are interested in signing the former-Marseille star.

West Ham boss Slaven Bilic has been a Euro 2016 pundit for British television and has waxed lyrical about the 29-year-old, even when he is covering games not involving France. The Croatian’s man love for the playmaker has become more of a serious obsession.

However, Payet does not need his club boss to talk-up his ability. The midfielder is letting his football do the talking at the moment. To be fair to Payet he has been consistently productive throughout the last five years of his career.

His performances at Marseille seemed to have been ignored, as it was only in Ligue One, which is considered by some as an inferior league to the Premier League, La Liga and Bundesliga. It’s still impressive that more often than not he got into double figures for both goals and assists in the French top-flight.

Just like any true French vintage, Dimitri Payet is getting better with age. Those who dismissed the idea of signing him last summer (reportedly Arsenal and Newcastle) because he was too old must be kicking themselves right now.

The West Ham owners are highly-ambitious and will be looking for their team to be challenging for the European places next season. They will be playing their football at the Olympic Stadium, having left their historic old ground the Boleyn Ground at Upton Park.

The Hammers owners have talked about spending big this summer to achieve big things in the English top-flight, but in reality they are facing major competition for a place in the top six next season.

They may fall into the same category as Everton, Liverpool and Southampton, maybe even Leicester next season, of teams who will be aiming to finish in the top six. No doubt Chelsea, Manchester City, Manchester United and Arsenal will be up there as well.

Slaven Bilic has built a good team and I have no doubts they will be in the top ten of the Premier League next season, but in reality they cannot compete with Real Madrid when it comes to wages and simple gravitas.

No club in the Premier League can compete with Real Madrid, or rivals Barcelona in those stakes it is impossible. Quite simply the Spanish pair are head and shoulders above their English counterparts. If those clubs show an interest in a player at an English club they usually get their man.

Los Blancos signing Gareth Bale from Tottenham and prior to that Cristiano Ronaldo from Manchester United illustrated the point perfectly.

Payet is likely to keep impressing

Real Madrid’s French boss Zinedine Zidane is believed to be a big fan of his compatriot and may make a move for Payet this summer if he continues to impress. He is now regarded as France’s star player.

The midfielder only signed a new deal in February with the Hammers, but that will not matter to his suitors. Real Madrid have always spent big and will again if they believe that Payet is a player that can improve their team.

If Payet continues to impress on home soil then West Ham fans will be get very nervous that their star player may move on in the near future. France are currently second favourites to win the competition at odds of 7/2.

Payet’s form impressive form could be the key to that happening and unfortunately for West Ham their star player’s impressive displays may just lead him away from their club this summer.

Where will Dimitri Payet be playing his football next season?