Who will come out on top in tonight’s Euro 2012 quarter-final? 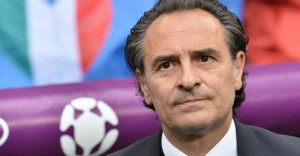 England and Italy meet this evening in the quarter-finals of Euro 2012.

Both countries have enjoyed good tournaments so far and will be looking to progress to a semi-final meeting with the impressive Germans.

Expectations were relatively low in both countries prior to the tournament but they have grown since both sides made it out of the group stage.

The two countries find themselves in very similar transitional states at the moment but for different reasons. England are in transitional state due to boss Roy Hodgson coming in just a few weeks before the Euro’s started.

Italy’s transitional state is due to the Azzurri trying to find the right formation and tactics under head coach Cesare Prandelli to be successful. The Italian media have been very critical about the so called dearth of talent in Serie A and don’t seem to rate their national team very highly at the moment.

The present England and Italy sides may not have the same quality of players of past sides but both are performing admirably at Euro 2012. England have been solid and organised and Italy look to have found a formation that could prove successful for them.

Despite criticism of the quality of both sets of players there is still quality amongst the ranks of both teams. The main dual could be between two strikers. England’s Wayne Rooney has made just one appearance at Euro 2012 but he made a telling impact scoring the winner against Ukraine in England’s last group game.

The Manchester United striker was always going to play a vital part for Roy Hodgson’s team at Euro 2012. Rooney looked slightly rusty against the Ukrainians but will have benefited from playing and building up his match fitness against the co-hosts.

Rooney could be England’s key man if they are to be successful in progressing to the semi-finals. He certainly has the quality to unlock any defence in the world.

One of Italy’s most talented performers is striker Mario Balotelli. The youngster has had a mixed tournament so far. He was substituted against Spain and then scored in the Azzurri’s 2-0 victory over Republic of Ireland in the last group game.

The Manchester City striker knows a lot of the opposition team very well from playing alongside them at club level. Balotelli is not guaranteed to start the game but if he does no doubt he will have a big say in the outcome.

This game could be a very tight encounter. The teams are quite evenly matched. Italy will probably go into the clash as slight favourites but it won’t be by much. It looks like the bookmakers can’t seem to separate these two teams either.

I expect this to be a very cagey game with neither side wanting to commit too many players forward in the early stages. I think who wins it will be determined by which set of players perform best on the day. If the likes of Rooney and Gerrard are at the top of their game the Three Lions will probably progress.

If the temperamental duo of Antonio Cassano and Mario Balotelli perform for Italy then it’s the Azzurri that will be favourites to progress into a quarter-final with Germany.

History is against England in quarter-finals. The Three Lions have lost seven out of ten quarter-finals at major tournaments and haven’t made it to the semi-finals of a tournament since Euro 96. England have also only defeated the Italians once in the last nine meetings between the two sides.

Despite history being against them the England players seem confident of success over the Italians. Expectation was low in England before the tournament kicked-off but all of a sudden England fans believe in their team again.

Italy are undefeated in 13 competitive games under head coach Cesare Prandelli and will be hopeful of progressing to the last four of the competition.

As a proud Englishman I can’t deny that I’m hoping for an England victory. However it will be difficult for Roy Hodgson’s men to progress. Italy are a strong team, even if they are in transition. This evening promises to be a tense one for fans of both England and Italy.

However for neutrals it promises to be a fascinating encounter between two very good teams wanting to prove their doubters wrong.

Who will win the clash between England and Italy?