Who’d be a manager? 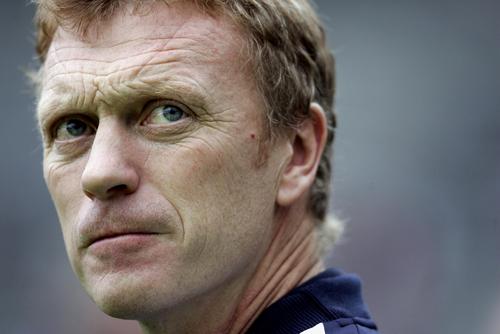 The job of a manager is becoming increasingly difficult. A job that has never had any real sort of security has now become a joke. If immediate success is not achieved, then the sack is the inevitable outcome.

It now appears that club owners and even some fans have begun to lose their grip on reality as they seek a level of success that can only be afforded to very few.

Last week, after Middlesbrough beat Derby 2-0 to go fourth in the championship just a point behind the leaders, their chairman Steve Gibson finally showed Gareth Southgate the exit door. He didnÃ¢â‚¬â„¢t do it when Southgate took them down and he didnÃ¢â‚¬â„¢t do it when it became obvious to all that he was likely to take them down. He did it when they have made a reasonable start to the attempt to come back up.

Gibson is a fine chairman and has shown great loyalty and support to his managers but the realisation of what not getting automatic promotion would mean to the finances of the club has forced him to act in an uncharacteristic way. He says that performances have been poor and that the league table is flattering to his team at the moment. That may be the case and Gareth Southgate may not be the man for the job, but the timing is strange.

Nobody at Middlesbrough will lose too much sleep over this decision, apart from Gibson and Southgate, as it is probably the right one in the medium to long term for the club. They will all feel sorry for Southgate who has done his best and is undoubtedly a really nice guy. Of course, the decision to change the manager in no way guarantees the success that Gibson wants and needs. Time will tell.

Some Liverpool fans have started to turn against their boss Rafa Benitez. There is no doubt that Liverpool have made a disappointing start to the season and that BenitezÃ¢â‚¬â„¢s dealings in the transfer market have not always been successful or even fathomable, but in recent history he has been the most effective manager they have had.

Despite the desire to win the Premier League that looks as far away as ever, Liverpool fans must realise that they have done well in other competitions and that Manchester United and Chelsea have been exceptional during his tenure at the club.

Similarly, Arsene Wenger at Arsenal has his critics amongst the clubsÃ¢â‚¬â„¢ fans. The lack of a trophy over the past four years together with his refusal to buy expensive, established star names has led to the dissenting voices getting louder.

The fact that he has brought a brand of football that is incredibly easy on the eye, introduced some wonderful young players and kept the side in the top four and done well in Europe appears to count for little in some peopleÃ¢â‚¬â„¢s eyes.

The incident this week that raised this issue for me was the reaction of some Everton fans to their somewhat humiliating 5-0 Europa League defeat at Benfica. Despite the fact that Everton had eleven first team players missing, played a couple of youngsters and had several people playing out of position, they still should have done better than they did. IÃ¢â‚¬â„¢m sure nobody, least of all David Moyes, would disagree with that.

He has an incredible record at the club during a period when some other clubs have gone into a different league financially and in the type of players they have been able to attract.

For Everton to have stayed ahead of the likes of Aston Villa and Tottenham over the past few seasons is a remarkable achievement indeed. I would have thought that David Moyes would be a heroic figure at Goodison Park.

You can also look at the growing clamour at Hull to see Phil Brown kicked out. I accept that 2009 has been a disastrous year in terms of results, but has anyone noticed that he has actually taken the club into the Premier League? Talk about over-achieving.

It is no surprise that there seems to be a dearth of good young English managers. It is impossible to get a job at one of the top teams and the expectations of success at the lesser teams are rarely realistic. A few defeats and you are shown the way out. What should be a really great job appears to be becoming something of a poisoned chalice.