Why I think Darren Bent will stay at Aston Villa 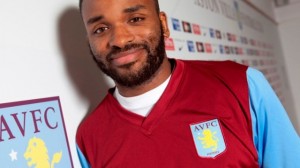 Aston Villa boss Alex McLeish has today felt the need to state that he doesn’t believe star striker Darren Bent will leave the club in the January transfer.

This seems like a strange statement considering he hasn’t really been linked with a move to another team.

Asked if he would find it difficult to keep Bent at Villa Park McLeish told the press: “I don’t think so. I’ve not heard anything. As far as I’m concerned, he’s here for the long run.

“We need him. He’s a terrific finisher. Sometimes he only needs one chance. That’s the value of someone like Darren Bent. If we can create one or two sniffs (of a goal), then Darren will be in there.”

Bent is that rare breed, a striker who guarantees you goals. The amount of money teams have spent on him already throughout his career suggests that he has a rare talent. He isn’t the most technically gifted player but he has the ability to be in the right place at the right time.

Darren Bent is a goal poacher in the truest meaning of the term. However the striker is often criticised for not much more than scoring goals, for not contributing enough to the build up of attacks. I believe that’s why people have questioned his place in the England team.

There were also accusations that the striker couldn’t handle being at a bigger club after playing at smaller clubs like Ipswich and Charlton. Bent has matured a lot since his days warming the Tottenham bench though.

If he moved to a bigger club than Aston Villa he could again find himself sitting on the bench and not seeing the playing time he desires. The 27 year-old has to be playing regular first team football if he is to retain his place in the England team for next summers European Championship.

The striker has gained a regular place in the England team by playing and scoring regularly at club level. If Bent loses that by moving elsewhere then I don’t think he would still be considered a regular for the national team.

Darren Bent is the sort of striker that needs good service to score his goals. He isn’t a striker that will routinely beat players and find the net, he’s more of an instinctive striker. His goalscoring record this season isn’t bad, he has found the net five times in 12 Premier League appearances.

The Villa midfield isn’t the most creative and sometimes he has to feed on scraps. Last season wingers Stewart Downing and Ashley Young supplied the striker with superb service. With the pair now departed from Villa Park Bent definitely isn’t getting the same service.

One positive that has came out of the sale of Young and Downing is the fact that Bent has had to work harder on his weaknesses. This will only benefit the player, his club and the national side. Even at 27 years of age there is still more to learn and I do think he has became a better player this season.

I agree with Alex McLeish that Darren Bent won’t be leaving Villa Park in January. The England striker has regular first team football at Aston Villa and that’s exactly what he needs ahead of the European Championships next summer.

Darren Bent may move after the European Championships but for now I don’t think it would be in his best interests to move away from Aston Villa.