Bad to worse for Liverpool 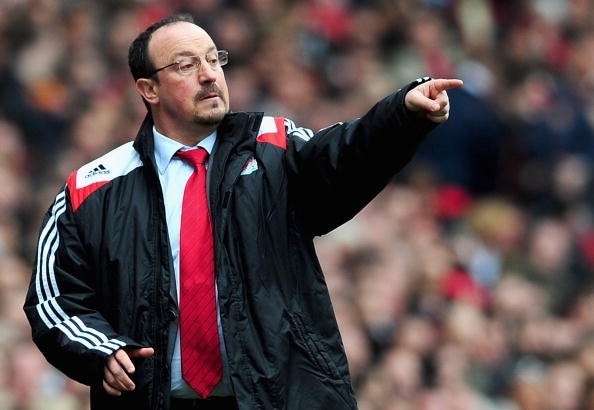 Rarely will Liverpool have had a more depressing day than they suffered at Craven Cottage yesterday. If something could go wrong for them it did. After the euphoria of the result and the performance against Manchester United last week, their less than impressive start to the season generally was cruelly summed up in the ninety minutes yesterday.

Whilst Arsenal were winning against Tottenham without breaking a sweat, Chelsea were strolling to victory at Bolton and Manchester United were bouncing back with a comfortable win at home to Blackburn, Liverpool lost their sixth game in seven as they capitulated at Fulham.

The defeat, their fifth in eleven league games, leaves them nine points behind Chelsea and seven points behind United. It may be too early to say they are out of the running but you have to say they are not far from it. A defeat in Lyon during the week and although it sounds almost ridiculous to say it, Liverpoolâ€™s season could be as good as over.

Obviously Steve Gerrard is a huge miss but no team can be serious title challengers if the loss of one player through injury is so catastrophic to the team. Glenn Johnson has been decent for them and he too is missing through injury, which is a bit of a blow. Fernando Torres has missed some games and probably isnâ€™t 100% fit, but his goals against Manchester United last week and Fulham yesterday, show that he is still more than capable.

The problems for Liverpool are all over the pitch. At centre-back Jamoe Carragher is having a nightmare. He was excellent against United last week but in every other game I have seen him this season he has been way below the standards he has set over the years. He was sent off yesterday for dragging Bobby Zamora back. He claims he won the ball, which he did, but he was already pulling the striker back. A few minutes earlier he did the same thing to the same player in the penalty area and should have gone then. Last week he did the same thing to Michael Owen.

Owen has lost a lot of his pace and Zamora has never been noted for his speed. Carragher couldnâ€™t deal with either of them and he would have done in the past.

Insua, the left back, is a waste of space. For two of Fulhamâ€™s goals he stood watching and at this level he is simply not good enough.

In the midfield we hit the biggest problem. Last week against United, Lucas and Mascherano dominated the midfield against Scholes and Carrick. The reason being that they pressurised them, hassled them and closed them down. United had a lot of the ball and they did a great job of stopping them from playing. When Liverpool have a lot of possession neither of them are creative enough. Against Fulham they had all of the ball and did nothing with it.

Up front Torres is a wonderful player. Other than him they have absolutely nothing.

Then we come to the beleaguered manager. A couple of weeks ago Rafa Benitez took Yossi Benayoun, the one creative player they have, off the field and replaced him with the woeful Voronin. The fans were not happy with that decision. Yesterday, he took Torres off with the score at 1-1, saying that he needed to rest him.

Whilst I understand that Torres isnâ€™t totally fit, what exactly is Benitez resting him for? He could be rested until Liverpoolâ€™s season is over. It makes no sense. With Banayoun and Torres on the pitch Liverpool have a chance of creating a goal. Without them, they donâ€™t.

Rafa Benitez has recently signed a new long-term contract and it is unlikely that Liverpool will be able to afford to let him go. They may regret that as this season is in danger of becoming a pretty disastrous one for the club.

this has proven once again liverpool are really really looking like a 2-man team. their manager’s prime time might as well have gone, taking torres out at 1-1 score line when he needs a victory so badly?? a poor decision indeed unless it was torres who said “i’m done for, take me out!”. a top defense leader is badly needed as there is not any in j.carragher. ironically, the last-minute pull on zamora didnt work well as on m.owen and he got sent off. liverpool can now only hope on CL honour with their EPL title challenge undoubtedly over.

From the way Graham makes it sound, Liverpool arent a team whatsoever. Without Gerrard in the midfield and Torres up front, Liverpool’s performances have been almost laughable (notice I said almost). I think, all that has to happen is too more losses this season, and Liverpool wont win. That is even worse as my eternal Manchester United lost twice as many games that Liverpool did last season, and we still won the PL title. Not only that, but we have suffered only two losses ourselves. Graham, I think you should change the title of this article to “Going from Worse… Read more »

Firstly I am a long standing supporter of Lfc and have to suffer the failings of the present manger over some 5 seasons, during which time he has purchased some 70 players only one of whom is rated. I certainly agree with you the biggest mistake the yanks have made is to extend his contract for a further 5 years allowing him more time to destroy a famous club, with his blackmailing and bullying to satisfy his own ego. The CL victory was made with the G H regime players as was the F A cup and last years 2nd… Read more »

I truly don’t care about the result of Liverpool.
I just know myself that I’m liverpool fan till the day I leave this world. No matter if they win, lose or draw, I will forever be a scout girl.

Title is what that we all want. But my ambition to be Liverpool fan is more important than anything else. I love Liverpool and I will support them forever.

You will never walk alone:)
LFC for life

With the way l’pool are doing right now.. .. .. I would rather walk alone. I’m sorry for the rudeness and insults, but these are the facts right here. Liverpool are NOT being the team they were last year. Even though I am a pure-blood Manchester United fan, I find it disappointing that they are being very. . . inconsistant this season. As much as I dont like the Scousers, I find it very entertaining to watch them, whether they winning or losin. . . as long as they aint winnin against MUFC. The Red Devils are the TRUE Reds.… Read more »

Benitez should be sacked. He is insulting the name of English Premier League, just being here.

I think tactics of Benitez are starting to backfire. Liverpool is a squad with a lot of talent and creativity, but it seems like they are not allowed to express that fully on the pitch due to their defensive duties, which seems to take precedence in Benitez’ system of play. I think Liverpool should use a standard 4-4-2 format with Gerrard in a central midfield role with Mascherano, who will act as cover for Gerrard when he moves forward. Gerrard should not play on top as he needs to be more involved in their build up play and setup plays… Read more »

the backfiring tactics is obvious, Van.
But the question with your strategy is:
Will it work?
Nothing has done much for the Reds.

I always thought that Gerrard was more of a threat when he could operate freely from a midfield role rather than a forward or right winger. Sure, it’s the role he occupies in the England squad, and so far he has not been a huge success there. But then who has besides Beckham?